What is the Truck Parking bill all about? 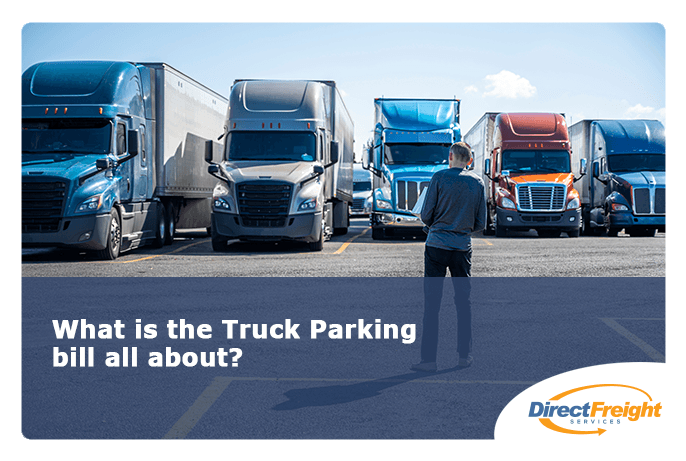 Parking is something that all drivers, who transport freight long distances, worry about on a regular basis. While some truck stops offer parking and there are other locations that may be viable, there is a serious shortage of free and convenient parking available for drivers across the nation which poses a serious and sometimes life-threatening dilemma. Should the driver continue driving until they reach a parking area, which is dangerous as they are already fatigued, or should they park in a dangerous or illegal place to get some rest?

Outrage at this dilemma has caused many to speak out in favor of drivers. There has recently been a bipartisan bill introduced in the House of Representatives known as the Truck Parking Safety Improvement Act or H.R.6104. If passed, this bill would mean there would be a national initiative to provide more accessible free parking to drivers across the nation to promote their safety and the safety of everyone else driving on the interstate as well.

So why is the Truck Parking Bill only being considered now? It has been a long needed and awaited amendment to the legislation regarding the infrastructure of the United States, so it seemingly should have arrived sooner. Unfortunately, the legal system can be slow, and it is a lengthy process to get a bill written, sponsored, and presented to the house.  then voting, compromising, and ratifying take an added period of time which varies from bill to bill.

Thankfully, bills that benefit drivers are becoming more prevalent. In fact, there has already been an effort to prevent driver injury through Jason’s Law (named after a driver who was murdered after parking in a dangerous area). The issue with this law is that it does not hold enough power to create a national change.  Therefore, Representatives Mike Bost and Angie Craig (who are on different sides of the political aisle) have sponsored the bill to increase available parking for drivers.

With the truck driving industry growing larger each day, and being projected to grow even more, our current infrastructure cannot keep up with and support drivers who need to rest between long periods of driving. Creating more parking spaces at rest areas, weigh stations, and other locations would allow drivers to feel safe and secure while resting, which will reduce the strain and stress they face daily. If this bill is enacted, it will allocate $755 million to the DOT to undertake the project and provide safe and free places to rest for drivers everywhere.

The Truck Parking Bill is an important step in improving the working conditions for members of one of America’s largest industries. Keeping our drivers safe should be one of the main priorities in legislation, and now it is finally gaining ground. The fact that this bill is bipartisan truly shows how important it is and how little debate there should be over the fact that more must be done to help drivers perform at their very best. The Truck Parking Bill has the potential to do great things for drivers across the nation and set an example for constructing proper rest locations (and enough of them) for the rest of the world to follow.