Pros and Cons of In-Cab Cameras 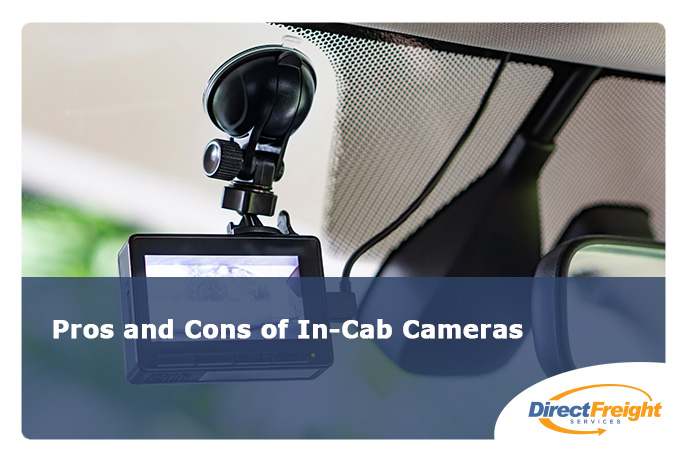 In-cab cameras are a hot discussion topic. Some people really like the idea of introducing them into the cabs of every truck. There is plenty of backlash as people cite invasions of privacy and a general distrust of camera usage. There are still many conversations to be had about the necessity and relevance of in-cab cameras for today’s driver. The future remains to be seen on their implementation. Statistically speaking, in-cab cameras do seem to provide a benefit for road and cargo safety which may win the favor of the more reluctant audiences.

Cameras within the cab of a truck may sound like an odd idea. Why would you want camera footage of a driver in their cab? While often this footage would be very boring as it is the driver sitting, possibly eating, turning up the AC, or taking a sip of water, there are many occasions where having footage of the driver and cab could be important. This is especially true when it comes to accidents. In fact, having recording devices can also reduce the likelihood of a major crash by stopping distracted driving.

In the past few years, there have been major developments in the Artificial Intelligence (AI) industry. There are now in-cab cameras that can tell how many times drivers pick up their phones, when they are distracted, and even when they appear to be fatigued. This is an incredibly odd thing to hear for many drivers who have been on the road for decades as there was never any supervision before and rarely any questions about one’s safe driving ability if no wrecks occurred.

Driving with an in-cab camera can sometimes make drivers uncomfortable. A sudden introduction of them without warning is an invasion of privacy as drivers would not have consented to being filmed. However, if drivers are properly warned of being recorded and allowed the chance to learn from the AI cameras (which provide feedback about distracted driving), the installation of in-cab cameras can be a good thing. The only con is driver pushback and the issue of privacy. However, in a company owned vehicle, if drivers are notified of this change, then in-cab cameras are a great idea for most fleet owners.

In-cab cameras have been shown to decrease texting and driving, distracted driving, and fatigued driving by providing the drivers with feedback about what they’re doing well and what issues they should address as they continue driving. Having less distracted drivers on the road is always a great thing for the safety of both drivers and civilians and will assist in keeping the roads free and clear of accidents!

Should Your Fleet have In-Cab Cameras?

Some fleet owners do not believe that in-cab cameras are a good choice for keeping their drivers and civilians on the road safe. However, some do not believe this is a necessary addition to the fleet. This is a very easily debated question and there are many privacy questions to keep in mind. However, if you are planning on installing in-cab cameras, be sure to notify your drivers and have an open, honest discussion about why you think in-cab cameras are a good choice for your business!