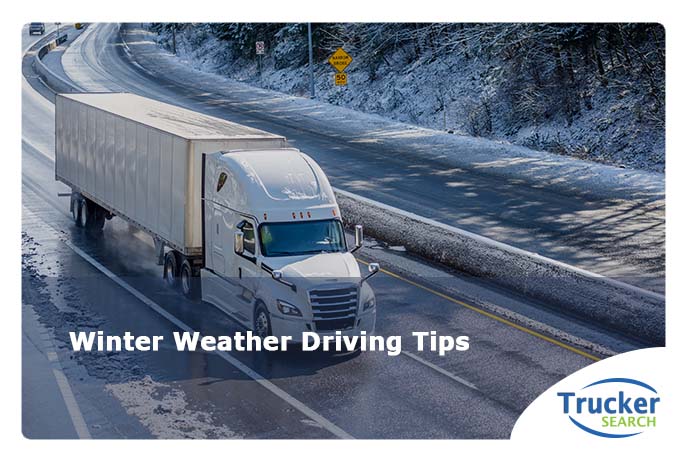 Winter seems to come too quickly. It’s a beautiful season filled with opportunities to see the family, eat great food, and celebrate the holiday season, but winter is also one of the most dangerous seasons as there are all the usual hazards coupled with ice and snow. As the days continue to get colder, it is crucial that you are prepared for the challenges of winter, in both your home and work life as driving in near-freezing temperatures and potentially inclement weather can be hazardous.

Considering the problems that can occur while driving is the first step to building safe winter driving habits. The first thing to take into account when you are planning on taking your next route is to make sure you are familiar with the weather in all locations you will be driving through. Some places will be warmer or colder than others, and it is crucial that you know which locations will have hazardous conditions such as snowstorms, icy roads, or freezing rain. Being familiar with the challenges you will face on the journey and continuing to check the news (or a dependable weather app) will help you be prepared.

The most important thing to know when driving in potentially icy locations is that going slowly can save lives. Speed is very highly valued in the trucking industry, and it can be very hard to choose to slow down especially when most drivers are in a time crunch. However, in hazardous conditions, the most responsible thing to do is slow down to a comfortable and safe speed, being sure to follow any emergency directives from road signs even if this results in a delayed arrival.

In addition to this primary guideline, you should also complete pre-travel checks of your truck to ensure it is well-equipped and functioning correctly for the trip. Other important tips for safe driving in any season, but especially the winter, include following traffic at a safe distance, staying to the right, checking your brakes often and keeping them clear of winter slush overnight, avoiding distractions, and making sure your headlights are clear. While you are driving, do your best to avoid panicking, even when you face scary situations. Staying calm and using common sense will help you through even the worst problems. You can always pull off the road and call for assistance if you believe the conditions are too unsafe to continue.

Icy conditions wreak havoc on the plans of drivers (both commercial and civilian) all through the winter season. While there are hazards on the road all year round, from animals and natural dangers, winter takes the cake as the most dangerous season of the year because it combines all the risks with ice and snow. However, many incidents are easily avoided by using common sense and making sure to follow the guidelines of going slowly when necessary and taking steps to ensure you are staying alert, aware, and prepared for any challenge winter throws at you.

Truck Drivers are in High Demand 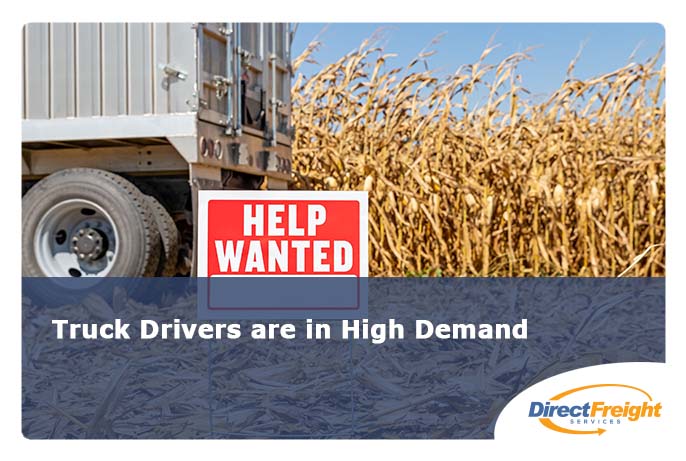 The trucking industry is one of America’s largest and most valuable fields of service as it encompasses most of the domestic transport within the United States. According to the Census, 70.9% of domestic goods are transported via the trucking industry. This is a staggering statistic showing just how valuable trucking is to the American economic system. Without drivers, the United States would be unable to function as everything from small businesses to large, sometimes even international projects, would be put on hold.

It is a long known fact that America is experiencing a driver shortage, and since the pandemic arose, the American Trucking Association estimates that the trucking industry is now nearly 80,000 drivers short. This growing need for drivers has inspired many trucking agencies to offer large sign-on bonuses, sometimes up to $15,000, for drivers. This is proof that drivers are some of the United States’ most important citizens as they support most of the American economy with their dedicated service.

The need for new drivers is a very pressing matter, and it is only expected to become more urgent as most drivers are approaching retirement and with no younger people to replenish their positions or the deficit that already exists. In the past, driving was a popular career choice for young people just leaving high school or college. It has become a less popular career choice for several reasons, particularly a lack of publicity on the merits of driving as a career. Acting now, to ensure that driving is represented as a good career choice, will make it possible for the trucking industry to live on and continue to support the American economy.

Trucking is an increasingly diverse career field with more young people, women, and minority representation than ever before. There are drivers from all backgrounds traveling the roads, and there are few limits on who can become a driver! Going through training and licensing can be a tricky process, but the time and monetary investment is worth it as driving can be a lucrative and rewarding career.

Drivers that are in it for the long haul are incredibly desirable now, and while this may not suit everyone, it is a great option for people who love to travel and would like a career that carries them all over the country or even gain an in-depth knowledge of the local area if they get a job in regional trucking. Right now is the best time for someone to become a driver because of the generous sign-on offers from trucking agencies. It could also be profitable to start your own agency, but it is recommended that you have practical trucking experience first!

A Future in Driving

Drivers complete some of the most important work in the United States. If you are a driver or have driven in the past, thank you for your service! It can be a tough career, but it is worth it for those who love traveling, meeting new people, and doing something meaningful. Drivers are in high demand right now. So, if you or someone you know would like to pursue a career in driving, it is a wonderful time to do some research and get started planning for your career!