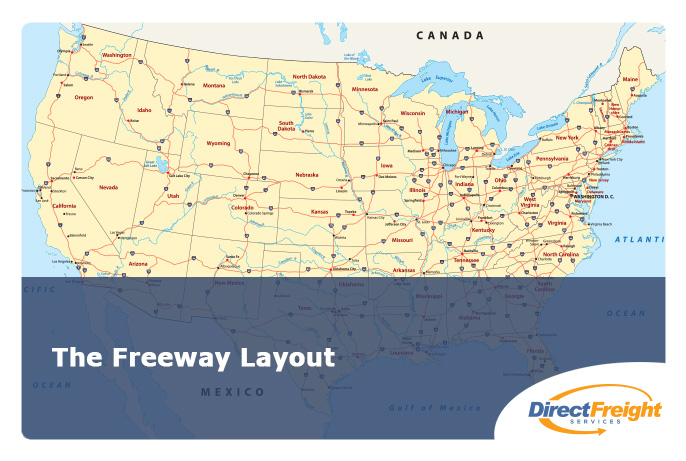 Before you continue reading, ask yourself, “Do I really know what a freeway is?” Many people use the terms interstate, highway, and freeway interchangeably. However, there are subtle differences between them. The interstate refers to the Interstate Highway System, which connects states together with a series of highways. The interstate is made up of highways, but not all highways are a part of the interstate. A highway is merely a public road that might have restricted access and could have tolls. Restricted access is where cars and similar motor vehicles only are allowed on the road, as well as the only way a car or similar motor vehicle can access or exit the road by an on or off ramp. A freeway, also known as an express highway, is a restricted-access highway that does not include toll booths. Freeways are a part of the Interstate Highway System, but like highways, not all freeways are a part of that system. Freeways also tend to connect big cities to one another. Furthermore, freeways are created specifically for high-speed vehicular traffic and do not have traffic signals, intersections, railways, or pedestrian paths.

Now that we have distinguished the difference between an interstate, highway, and freeway, let’s move our focus onto freeways and their layout.

How Are Freeways Laid Out?

If you have ever investigated how freeways are designed, you may have realized it is simpler than you thought. Considering some freeways are a part of the Interstate Highway System, then it only makes sense that they are identified using the same route marker. A red, white, and blue shield including the word “Interstate” with the state name and route number.

Freeways were designed to serve many purposes including:

The most important characteristic of freeways is that they have at least four lanes, two lanes in each direction of travel. Many freeways have more than four lanes, some having as many as 10, especially near cities. Other characteristics include:

Major freeways are labeled by one- or two-digit numbers. Freeways that run north and south are odd numbers and end in the number 0 or 5. For north to south routes, the lowest numbers begin in the west. Freeways that run east and west are even numbered and end in the number 0. For these routes, the lowest numbers are in the south. For instance, I-5 runs north to south along the west coast, while I-10 runs east to west along the south.

Another fact to keep in mind is that freeways with three digits are considered local freeways and the last two digits tell which major freeway they stem from or connect to.

Freeways were first thought of as a way to reduce the impact of traffic within cities, as well as a way to link cities together. For professional truck drivers, freeways can have a major influence on their daily travels and making sure their freight gets to its destination on time. Without freeways, and the benefits they provide, it’s a wonder how the trucking industry would survive.