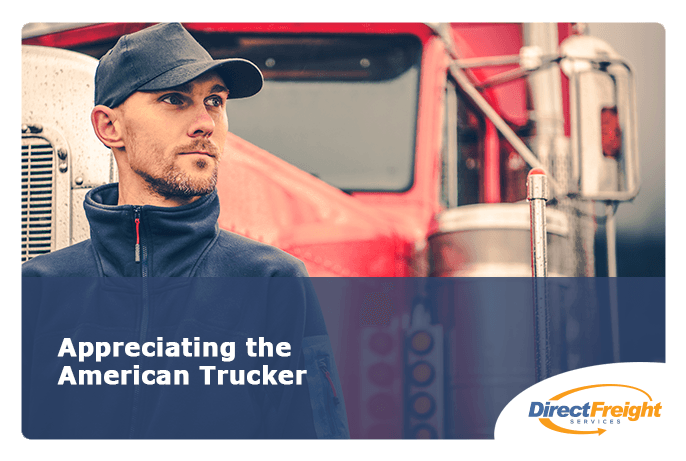 The United States is a huge country, there are literally millions of miles of roadways all totaled, and around 50,000 of those miles are interstates. This land of highways and byways is navigated constantly by commuters, families, and the unmistakable American icons, Big Rigs.

We live in a highly commercial nation that requires goods to be shipped from sea to shining sea, up North, and Down south. This is an incredibly large job with a complex infrastructure that is maintained by silent heroes who put in long hours to keep the United States up and running.

The United States is filled with innovators and makers who produce everything from agricultural to electronic products. Each of these sources needs a means of delivering to their customers, and the most effective way to do that on a large scale is by truck. With an increase in transit services needed, trucking is an in-demand career with over 3.5 million truckers employed in the United States according to Census data.

Almost half of America’s truckers work over 40 hours per week when driving all over the nation. This is an incredible time investment, and it is completely necessary for the United States to continue functioning and growing.

Everything commercially produced that we buy at stores was on a truck at some point before it reached the shelves. It is impossible to go anywhere in the United States without seeing the effects of trucking.

Truckers are a diverse group of men and women representing all ages and races- these people are the true nurturers of the American economy. Without truckers, it would be impossible to accomplish the feats of economic success that the United States has been able to lavish in.

Next time you pick up a box of cereal at the grocery store; call someone on your phone; or put your clothes on, think about the complex steps taken for you to be able to do that. Truckers are the bridge from production to consumption, and it is their hard work that allows you to be clothed, fed, and entertained.

It is a great thing to live in America, the land of the free and the home of the brave, so make sure you remember to show your appreciation for those who make your life better. Truckers are brave to face the harsh driving conditions and long hours required to do the job right, in addition to this around 10% of truckers are veterans who protected our freedom!

Truckers deserve our thanks and appreciation as they are true champions of the American dream. They provide us with an incredible service every day, working hard so that we can rest easy knowing we can access the things we need. With this, we want to say thank you to all the American truckers, we appreciate what you do for us!