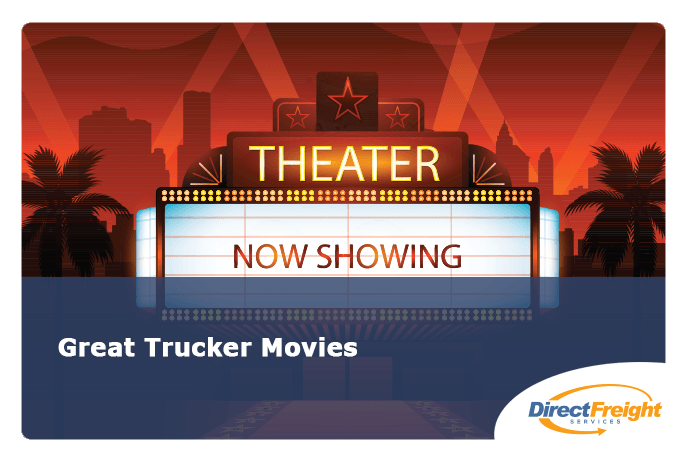 Trucking movies became hugely popular in the 1970s when truck drivers were seen as cowboy heroes and the use of CB radios became popular but by the late â€˜80s, trucking culture began to fade, and a new form of trucker movie was ushered in:  trucker horror movies.  In these, the drivers or the trucks themselves were the bad guys, usually ruthless killers with an ax to grind, so to speak, with some unsuspecting motorist.

Another classic from the â€˜70s.  Clint Eastwood stars as Philo Beddoe in this comedy as a truck driver and his buddy who always steals the show, an orangutan named Clyde.  Beddoe is a former trucker-turned-prize-fighter who falls for a country singer played by Sondra Locke.  When she feels he’s getting too serious, she flees, making it a romantic comedy/trucker/pursuit movie.

The abundance of trucker movies in the â€˜70s didn’t forget female drivers.  This one stars Annie Potts and Kim Darby as friends who take up the driving reigns after Sweetiepie’s husband is injured.  Between a repo man and hijackers, the two have their hands full.